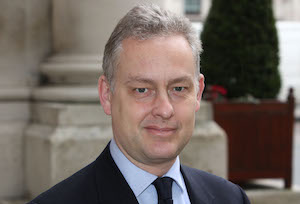 I’m sure you have been following recent developments in the Brexit negotiations very closely, so I wanted to give you a quick update about what all of this means for British people living here in Spain.

The European Council has agreed what is being called a “flexible extension” to the process of our departure from the European Union, until 31 October. Flexible, because if the Withdrawal Agreement is approved by both the UK and the European Parliaments before then, we will leave on the first day of the month after that approval.

I understand all of this is unsettling and frustrating for many of you. You want to know on what terms we are going to leave the European Union and what that may mean for you as a UK national living in Spain. During this extension period, the UK remains a full member of the EU and consequently your existing rights will not change. So, for example, your rights to healthcare, to residency and to travel throughout the EU, remain exactly as they are today.

Nonetheless, during this extension period, as we prepare to leave the European Union, it remains really important to ensure that you are correctly registered. I understand, however, that many of you are finding it difficult to get appointments. Let me assure you that we are talking with the Spanish authorities about this. Meanwhile, the Spanish Government has advised that if you can’t get an appointment now, you should make sure that you’ve got proof that you were living here before we leave the European Union, whether that be a padrón certificate or utility bills. The Spanish Government also advises on their Moncloa website on Brexit contingency measures, to keep checking for new appointments to become available. Should we leave the EU with a deal, as we very much hope, you will have until the end of the Implementation Period, currently set at 31 December 2020, to register, if you have not done so already. Should we, however, leave without a deal, as could still happen, the Spanish Government has said you will have a 21-month grace period from the date of our departure to register.

You can also prepare by signing up for email alerts for our Living in Spain guide on gov.uk or by joining our Brits in Spain Facebook community, where you can also find some videos on what you need to do to prepare for Brexit on issues such as registration, driving licences, healthcare and travel.

I wish you and your families a very happy Easter.

This open letter is available as a video.

The British Embassy has produced a series of short videos on different topics to help British people in Spain prepare for Brexit, as follows: