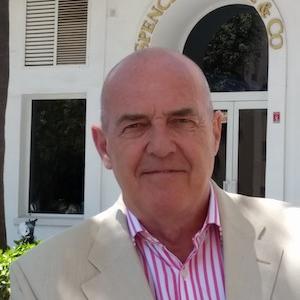 BREXIT AND THE COMMON TAX PROBLEMS THAT WILL AFFECT UK RESIDENTS

One of the unexpected consequences of Brexit will be that UK residents who have bought holiday homes will suffer at the hands of the Spanish tax system because of their loss of status as residents of the European Union/European Economic Area (EU/EEA).

UK residents will have problems because Spanish tax law differentiates between residents of EU/EEA states and residents of the rest of the world.

UK citizens who are tax resident in Spain will not suffer the disadvantages explained in this article.

The UK/Spanish Double Tax Treaty provides UK residents with some protection but serious disadvantages remain, in particular to persons:

HOLIDAY HOMES
The ownership of second homes in Spain triggers an income tax cost relating to the deemed rental value of the property:

So, after Brexit, UK residents will pay 5% more tax on this deemed rental income.

RENTAL INCOME
Many owners of holiday homes rent their properties for some of the year to help pay the running costs.

Example: Jane bought an apartment in Spain with a mortgage and is renting the property until retirement when she plans to move to Spain. She receives rent of 12.000 Euro, has property running and mortgage costs that total 8,000 Euro a year and deducts depreciation of a further 3,000 Euro.

CAPITAL GAINS ON SALE OF HOME
In Spain the sale of the principal private residence is subject to capital gains tax.
Over 65 years old benefit from a full capital gains tax exemption, if the individual has lived in the home for at least three years prior to the sale.
Younger owners may only claim exemption in the case that they invest the net proceeds of sale in a new home. Partial reinvestment results in pro rata exemption. A problem arises when an individual sells a home in Spain to move to another country. Spanish rules allow the exemption only if the individual moves to another EU/EEA country.
Consequently, post Brexit, persons moving to the UK will not be entitled to any exemption on the sale of their homes, even if they reinvest the whole of the proceeds in a new home in the UK.

Example: Gillian is 60 years old and has decided to return to the UK and expects to buy an apartment using all the proceeds of sale of her villa. She bought the villa 20 years ago and she will make a profit of 200.000 Euro when she sells it.
If she completes the sale and purchase in 2020, she will pay no tax in Spain.
If she delays the sale and purchase until 2021, she will pay 38.000 euro in Spanish capital gains tax.

INHERITANCE TAX
The Spanish inheritance/gift tax (IGT) system taxes each beneficiary, not the Estate.
Non Spanish residents are taxed in Spain when they acquire by gift or inheritance property or other assets located in Spain.
The seventeen Autonomous Regions of Spain collect and regulate IGT and the State has its own system. EU/EEA residents can choose to apply the State or regional system where the property is located.
The State system is significantly less favourable to most of the regional IGT systems, many of which now completely exempt IGT for close family inheritances and gifts.
UK residents will not have the right to choose the regional IGT system of the property location, once they cease to have EU/EEA resident status.

Example:
Peter is a widower who dies after Brexit takes full legal effect, leaving his holiday home in Andalucia, valued at 750,000 Euro, to his only son John. The Spanish property was Peter’s only substantial asset.
John is subject to the State IGT tax system because he can no longer claim EU/EEA residence. He is only entitled to deduct the tax-free allowance of 16,000 Euro. His IGT liability is 195,200 Euro. No UK IHT is payable on Peter’s estate because of the combined nil rate band of Peter and his late wife.
Had Peter died pre-Brexit, John would have paid ZERO tax because John would have had the right to apply Andalucia IGT which completely exempts inheritances from tax where a person inherits from a parent.

Admittedly, this example is based on unusual circumstances, but it serves to emphasise how seriously Brexit will affect UK families with holiday homes in Spain. All the Autonomous regions in Spain provide more generous IGT allowances than the State system. After Brexit, UK residents will have to apply the State system.
In fact, Andalucia and Madrid provides full exemption for close family beneficiaries.

The UK/Spanish tax treaty does not protect UK residents from discriminatory tax treatment post Brexit.
Inheritance tax, for example, falls completely outside the provisions of the tax treaty and the injustices that will be caused by Brexit to some families are truly significant.
Recent experience shows that it is not common practice for the Spanish Government, whichever its political persuasions, to make changes to tax law, even when it is obviously unfair, unless forced to do so by the ECJ or its own Constitutional Court.
Much as the UK is a very important source of buyers in the Spanish property market, this alone will not be enough to bring about a change in tax law for the benefit of UK residents. There has been no sign that Brexit negotiations will incorporate any provisions that might address the disadvantages in Spanish tax law that will affect UK citizens post Brexit.
Arguably some of the areas of tax law analysed in this article contravene article 31 of the Spanish Constitution that requires the tax system to be “Just and inspired by the principles of equality and progressivity and never confiscatory”. The courts do eventually overturn bad law in Spain but the process is expensive and excruciatingly slow, and tax has to be paid pending an appeal. Most will not appeal against unfair taxes.

In the meantime, it will be all too easy for the Spanish establishment to simply brush aside criticism and claim that UK residents should suffer the consequences of their decision to leave the EU and that there is no justification for UK citizens to be treated differently to, say, residents of the USA.
Unless arrangements are made between the UK and Spain to deal with these issues in a sensible manner, UK residents with investments in Spain will find that the tax environment has changed significantly for the worse.

Note: This article focuses on the most common problems that are likely to emerge post Brexit on 1 January 2021. Other disadvantages exist, for example relating to dividends from Spanish companies and exit taxes applicable to wealthy persons leaving Spain 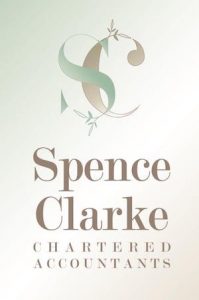