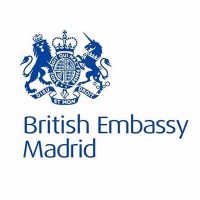 Following the announcement by Spanish PM Pedro Sanchez on 27 February, and the approval today by the Consejo de Ministros, of the Royal Decree covering Spain’s Brexit contingency measures, which included important provisions in regards to citizens’ rights and business, the British Ambassador to Spain, Simon Manley, said:

“The UK Government’s top priority remains securing a deal with the EU that wins the support of the UK parliament. However, like any responsible government, the UK Government is planning for every eventuality. It has already announced a series of no deal contingency measures, published extensive advice to business and citizens, and has guaranteed the rights of EU nationals living in the UK.”

“I am pleased to see that the Spanish Government has today announced a series of detailed Brexit contingency measures, should the UK leave without a deal. The Royal Decree offers important assurances on issues like residency and access to healthcare for the more than 300,000 British nationals who have chosen to make Spain their home, and for the many millions more British tourists who visit Spain each year. I welcome too the announcement on customs procedures to avoid potential obstacles to the free movement of goods, which will be important to both British and Spanish businesses who trade in or between our two countries.  It is also welcome that the Spanish government has made clear that the measures will apply to Gibraltar, with special consideration for maintaining flows across the border. This will provide some certainty to citizens and businesses in Gibraltar and Spain, and helps to protect the close economic and social relationship between the Campo de Gibraltar and Gibraltar.”

Health Minister Stephen Hammond said: “This is a positive step forward in securing an agreement which will enable British expats to access Spanish healthcare in the same way they do now.

“This should also give reassurance to the millions of British tourists who travel to Spain every year using the EHIC scheme for free or reduced medical costs if they need to see a doctor or nurse.

“Our next priority will be to continue our work with other EU member states, so that healthcare access for all UK and EU nationals are protected in a no deal scenario.”

The British Embassy in Madrid and our network of consulates have held over 100 outreach events all across Spain in the last two years, to explain the implications of Brexit to UK nationals living here and to answer their questions.  Through these events and through our digital channels we have underlined the importance of British nationals living in Spain being correctly registered.  It has long been the case that that British nationals who live in Spain for more than 3 months of the year, should hold a certificate of registration from Extranjeria. Spain has announced today that, through the Royal Decree, UK nationals living in Spain will maintain their legal residence status after 29 March and that they, and their family members, will have until 31 December 2020 to get a Foreigner’s Identity Card.  Further information on the process for obtaining this card will be released in due course.  It is essential that all British nationals living in Spain check their residency status and ensure they are correctly registered. We have further information on our Living in SpainGuide about how to register as a resident, and details of upcoming outreach events.  These pages are regularly updated and UK nationals can sign up for email alerts for the Living in Spain guide to ensure they are informed of the very latest information as soon as it becomes available.