Joan Hunt, One in a million” crowdfunding campaign was launched to the English speaking community beside TRE Talk Radio Europe at the Cudeca premises… 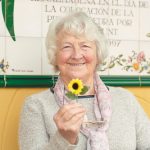 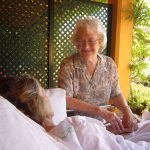 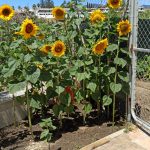 On Tuesday 2nd November, CUDECA in association with TALK RADIO EUROPE was proud to launch its latest campaign in honour of its founder Joan Hunt OBE who passed away in June of this year.

Rafael Olalla Martinez, Financial Director of Cudeca, hosted the event at which vice-president, Susan Hannam issued a warm welcome to those attending. Marisa Martin Roselló, its CEO and Medical Director presented a moving tribute to Joan Hunt’s life and legacy endorsed by testimonials from Gill Steele, a long serving volunteer and by Paola Morelli, representing the Morelli family and her late father Raffaele Morelli of Valparaiso Restaurant who, until his recent death, had been a wonderful friend and supporter to Joan Hunt and Cudeca.

Martin Nathan, Chairman of Talk Radio Europe who devised the campaign explained that to honour her legacy Cudeca would create the first ever in-patient facility exclusively for children and teenagers and that the name of the campaign “ONE IN A MILLION” was chosen  in recognition of Joan Hunt the founder and driving force of Cudeca who was a ‘one in a million’ human being. While nobody chose to think about children dying, this campaign was designed to ensure that they could spend their last days in a dedicated facility with the very best of care and their family by their side.

The campaign would focus on a crowd-funding weekend on 26-28 November and thanks to the generosity of sponsors, all pledges by donors at this time would be doubled by their sponsors. The generosity of sponsors and donors would for ever be marked by display boards in the facility. Anyone could be a sponsor with a minimum pledge of €250 to be confirmed to Cudeca before 26th November. Go to www.oneinamillion.es for more information.

The ONE IN A MILLION campaign by CUDECA and TRE

Become a regular donor at www.cudeca.org 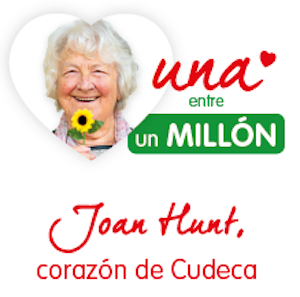